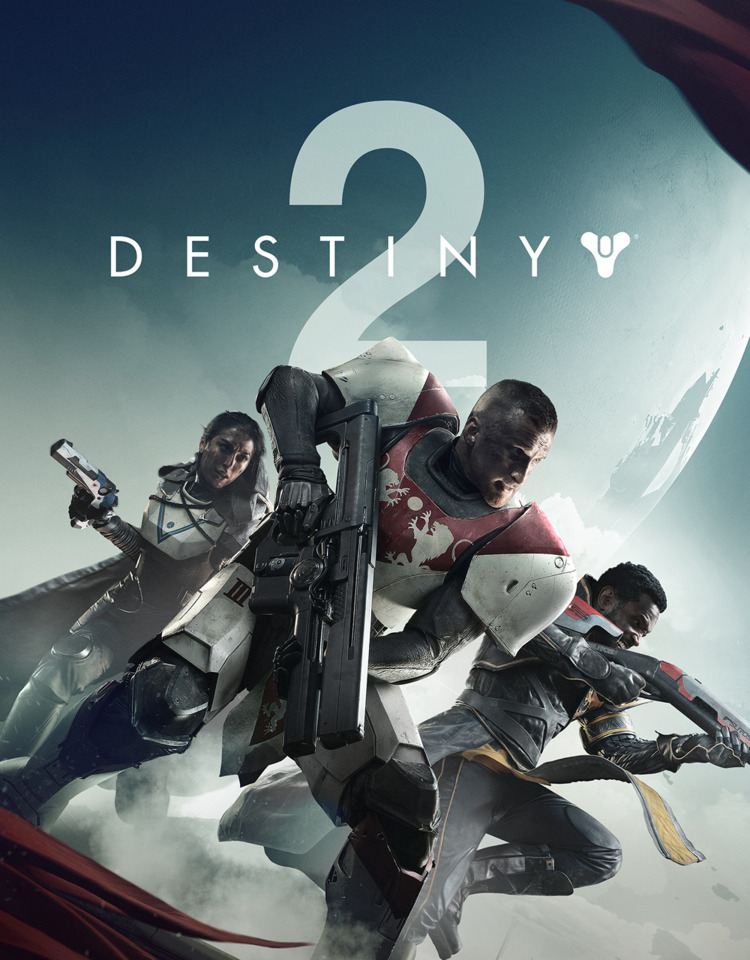 The full-fledged follow-up to Bungie's sci-fi "looter shooter", streamlining much of the previous game's mechanics while featuring larger worlds and new abilities. It was later made free-to-play.

Time for some cross promotion!

It sure would be great if this one had some character, but I am not counting on it.

You must not have played any of the Taken King or Rise of Iron then, huh?

I played Taken King, the raids were great, but the characters themselves all seemed poorly written to me. What character are you referring to exactly?

Cayde-6… the dude in this trailer. He spouts quips and one-liners throughout the Taken King quest as well.

Yeah, the Nathan Fillion character. I thought he had like 10 lines in Taken King, but maybe I’m remembering it wrong.

He didn’t have a ton… but it showed Bungie knew to add some character and personality into the game (which is what you were asking for). So, I’m hoping that the entirety of Destiny 2 is like what we got with the latter DLC.

I mean, that trailer had more character than the entire game. I’d call that a good sign, minimum.

Yeah, it was much better than the fist bumping bromance live action trailers they put out for 1.

Those trailers were only missing Guardians cracking open some Mountain Dew and Doritos.

Hmm, sounds like another franchise about helmeted space bros shooting each other. Weird.

From the creators of Destiny, a highly acclaimed game, the extremely anticipated sequel is coming up. A first person action shooter that places you in an epic adventure through the Solar System. The last city on Earth has fallen before an overwhelming invasive force under Ghaul, the towering commander of the Red Legion. Guardians are running out of power, and the few survivors have left. You will venture in mysterious, uncharted worlds from the Solar System to discover devastating weapons and combat abilities. In order to defeat the Red Legion and face Ghaul, you will need to gather the surviving heroes from the City and fight back together to claim back home.

Did Smurf just get out gaffed?

Yup. I just thought I’d let someone else post news for once.

We’ve begun a conversation about our next adventure together. There is so much more to say before the time comes to reunite the Guardians to reclaim their city from the most dreaded threat it has ever faced. Fortunately, we have until September 8 to dive into the details.

This is a new beginning for every player. We know you have questions about the worlds you’ll explore, the enemies you’ll fight, the powers you’ll master, and (as Cayde promised) the loot you’ll earn. We’ll also show off the exclusive content you’ve come to expect on PlayStation. All will be answered in the weeks and months to come. It should be a hell of a ride.

Up next, we’ll take a look at the gameplay. Of course you want to see gameplay! Your first chance to see Destiny 2 in action will happen on May 18. We hope to have you all in the audience for that livestream.

I forgot Lance Reddick was a voice actor in Destiny as well. Is it safe to say he is one of the most used “celebrity” voices in games these days?

Looking at his IMDB, it looks like did VO for Blood in the Sand as well. Kind of makes me want to go back and play that game to find out. or not?

[quote=“Rewfus, post:19, topic:812, full:true”]
I forgot Lance Reddick was a voice actor in Destiny as well. Is it safe to say he is one of the most used “celebrity” voices in games these days?[/quote]

Keith David, Actor: The Princess and the Frog. Keith David was born Keith David Williams in New York City's Harlem district, and was raised in East Elmhurst, in the Queens section of the city. He is the son of Dolores (Dickenson), a New York...