Dreams for PS4, Announced at E3

Today we’re showing you a glimpse into some of our dreams. In making LittleBigPlanet and Tearaway, we’ve learnt a lot about digital creativity. The next step on this journey is Dreams. Dreams is the space you go to where you go to play and experience...

So, since you posted this, that makes you our local expert on all things Dreams and Media Molecule. WTF is this?

You may need drugs to get this…

Is this a game or an animation tool ? 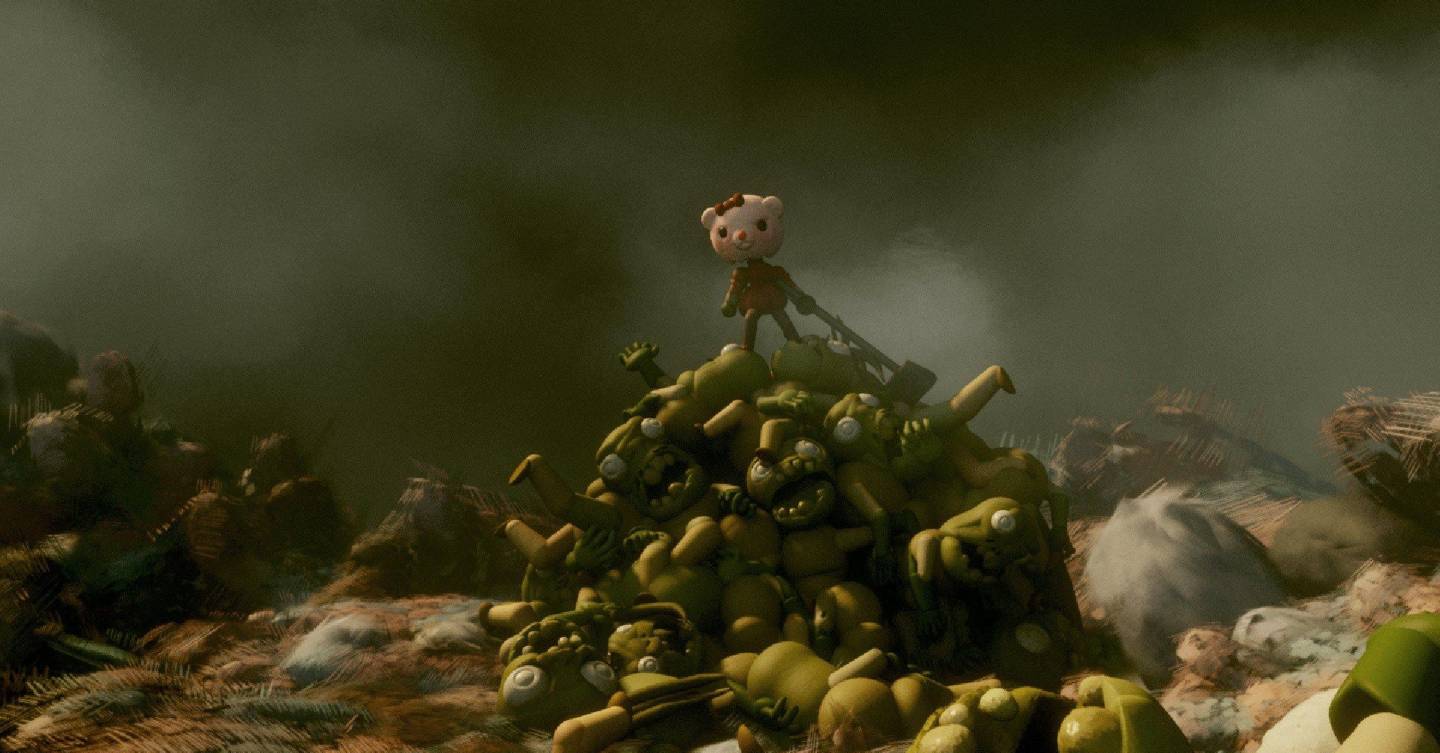 All of this will rely on the creativity of Dreams players, of course. But crucially, MM says, their work won’t be stuck in their walled garden. Everything players make in Dreams can be exported – to the game development platform Unity, for instance, or to 3D printers. If this works, Dreams (and the PS4) could instantly become one of the most creative tools in digital arts. If hints at other companion software, perhaps for Apple’s iPad, are realised, Dreams might be much more than a video game. Full-length animated movies, for instance, could be created in Dreams – and MM really hopes that artists will pick up that challenge. 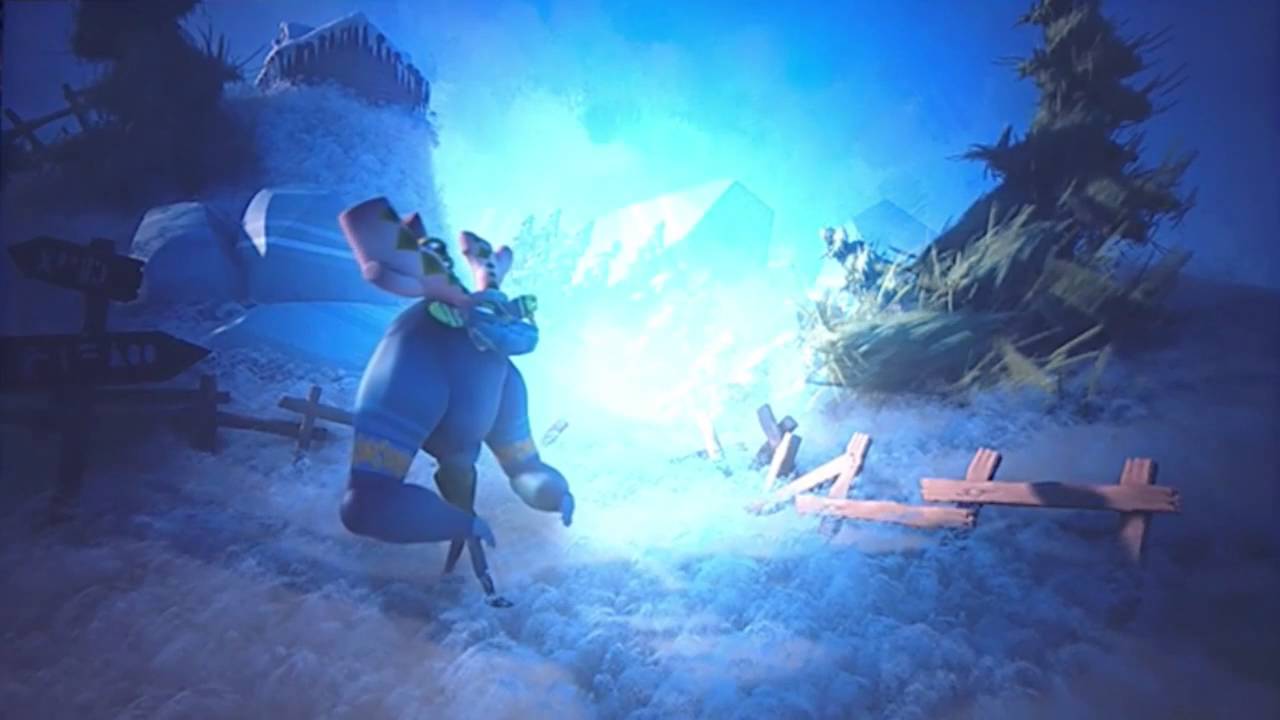 I’m only about 2 minutes into the video, but I’m already sold. I wasn’t into Dreams with the previous trailers and demos, but now I see that they’ve basically added in a 3D modeling studio into a video game.

I miss doing this stuff. In a previous job, 3D rendering was part of my workload and when I wasn’t busy, I’d play around in it creating creatures and other things for fun and practice. This looks even easier.

Here’s some of my work:

Only in Dreams: Addressing the tricky question of what Media Molecule's latest...

Here's a question that's become familiar in recent years: what is it you actually do in this game then? Sean Murray of Hello Games, the small studio behind…

It’s definitely a game. It’s a tool as well because that’s how we
make it, and it’s a revolutionary tool. It’s a game you can enjoy, just
as LittleBigPlanet was. I know you’ll be able to boot the game, not have
understood the game and not have to care about any of the stuff we’re
showing and still enjoy yourself. Sit on the sofa, pop the Blu-ray in
and have a good time.

It will be story-led, I imagine – the reason we’re not talking about
it yet is because it’s in pieces at the moment. We think we know what
we’re going to do, but it’s not good enough to show you. Dreams has got
to stand as a fun experience. It’s got to be a pop culture, console
experience. How we do it is going to be innovative, I think.

Congrats to all the WWS teams showing at PGW! Those amazing trailers are getting us extra excited to share news soon... #DreamsPS4

I thought for sure this would be shown today. I guess PSX it is.

I was confused, then hyped, then forgot this existed and am now hyped again.

Dreams For PS4 Is Hard To Explain, But It Looks Brilliant

Dreams is one of the most exciting upcoming releases for the PlayStation 4 next year. It’s also very difficult to explain what it is.

I can say without hyperbole that I have never seen anything remotely like Dreams in the 12 years that I’ve been visiting game studios. It has the potential to inspire millions in the art of game creation, in a way that goes much deeper than LittleBigPlanet or even Minecraft. On a less grandiose, but perhaps just as important level, it’s a way for any player to reconnect with their creativity, on as big or small a scale as they like. Truly, if this supports VR, and anyone can now make VR games… I may have to finally open up my wallet and get one.

Media Molecule's game-, movie-, music- and artwork-creation tool "Dreams" is going to make it ridiculously simple for anyone to make, share and play video games, and a lot of other things, with their PlayStation 4s. It really is as easy as it looks.

Until we had a chance to actually try Dreams, though, it was impossible to know if its seemingly intuitive creation tools would really be as easy for enough for any player to use. Now that we have actually laid hands on it, we can confirm the game really makes creating games shockingly easy. Using only a PlayStation 4 controller, you can make whole games, whether you want to draw characters and landscapes from scratch (and code them as well), or remix old concepts into something new.

Much like LBP, Dreams will include a standard “adventure” full of pre-made levels, and we got to try a couple during a world-premiere hands-on event. Thanks to this new game’s 3D shift, it plays less like Super Mario Bros. and more like Super Mario 64. Though, technically, it hews closer to another N64 game: Space Station Silicon Valley. (If you missed that 1998 game, it’s okay; the weird game, made by DNA Designs, was one of the studio’s last titles before changing names to Rockstar North and moving on to the 3D Grand Theft Auto era.)

Dreams borrows from SS:SV by asking players to possess and dispossess various characters and objects in a miniature 3D world. You start as a floating “imp,” which you control by moving your DualShock 4 controller in physical space. The gamepad’s built-in gyroscope and accelerometer track your hands’ movement to guide your floating, glowing bulb-creature around, which means you do not need a PlayStation Move wand to get into Dreams. 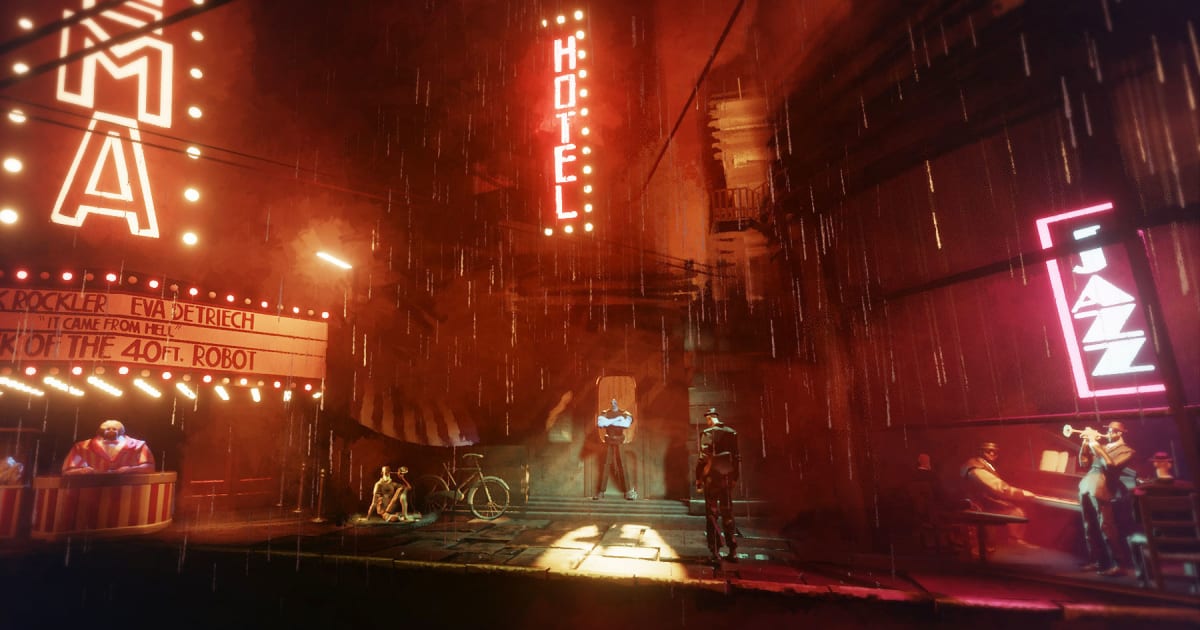 PS4 Exclusive Dreams Is Impressive, But Can It Also Make You An Artist?

We had our first hands-on with Dreams, and there's plenty to see and do in this ambitious PS4 title.

If you were anything like me, the creation tools in the Little Big Planet series proved intimidating, and while the possibilities and scope they offered was astounding, that hurdle of knowing what to create with the tools was simply too large. I was impressed, rather than engaged, with what LBP had to offer. With Dreams featuring even more options–from creating characters, to building whole levels, to creating your own soundtrack to accompany said levels–the potential for creative brain freeze seems high, but it’s something Reddy says the game is already built to tackle.

Even Fleeting Time With ‘Dreams’ is Memorable

It was a day of games adrift in a week of games, and unfortunately, that meant that Variety’s time spent exploring the PlayStation 4’s game-maker “Dreams” was cut short last…

Even Fleeting Time With ‘Dreams’ is Memorable

We didn’t get the 40 minutes most did with “Dreams,” and perhaps thanks to our fleeting time we were able to see just how powerful and effortless level creation can be in this dream machine, even if you only have ten minutes to play.

Media Molecule’s Masterpiece in the Making

Dreams is one of the most ambitious games ever created and it is incredibly difficult to capture exactly what the game is or does in a 30 minute demonstration. The team at Media Molecule has been working for six years on their own proprietary voxel-based engine. Everything in Dreams is made in the game with DualShock4 controllers. We go hands on with Dreams PS4, which is a fantastic experiment that will give the power of creation to anyone who who wants to wield it. Easy to use and hard to master Dreams should be on every creationist's radar, and will arrive in VR on day-one.

Dreams will feature a campaign as well. The campaign will last for about three hours and will focus on a man named Art. Art is a musician who has made a lot of bad decisions and is in search for his lead singer who he pushed away. The campaign serves as a tutorial in its own right and goes through all the aspects of the game by playing through Art’s twisted dreams.

Creation in Dreams is of course its main draw. When I first went into the creation process I was incredibly overwhelmed, but as Mark lead me through how some of the tools work it became a lot easier to understand just how streamlined the creation process is. Selecting objects, moving and rotating them is as easy as two button presses. You can also create anything you want with a friend, so even the creation process can be a multiplayer experience.

PS4’s Dreams is a toy box of delights, even when you’re trying to build a nightmare

In Dream Surfing you can sit back and jump from level to level, completing them as intended, or skipping to the next in line. In my surf session, I jumped between levels that showed a wide variety of play styles. There was a horror-tinged segment with a young girl wandering through a dark forest and a creepy, twisted figure appearing when I reached certain sections. There was a side-scroller that looked to be taking place in a sketchbook, with my little box character jumping between comic panels. 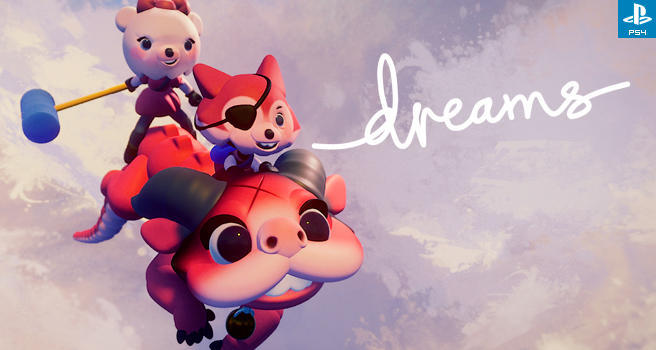 Dreams was officially announced at E3 in 2015, and several delays and the apparently confusing concept have not helped make it one of the most anticipated games of PS4, even daring some to question the future of the project, in the absence of new news or information. Well, we can reassure everyone and say that Dreams is a reality , we have already tested it in depth and it has surprised us a lot , and we should all include it in the list of the most interesting exclusives that will come to the Sony console soon.

Dreams is undoubtedly the most ambitious project so far of Media Molecule , and when you stand before it and see everything it offers you understand the long period of development it has had, because they overwhelm all its possibilities , being the tool for creating video games more powerful, versatile and intuitive that has never been done , with which players from all over the world can make their dreams come true.

We do not yet have a release date, but Mm has confirmed that there will be a Dreams beta later this year. Stay tuned for more news. Meanwhile, feel free to start the draft of your debut game at Dreams. 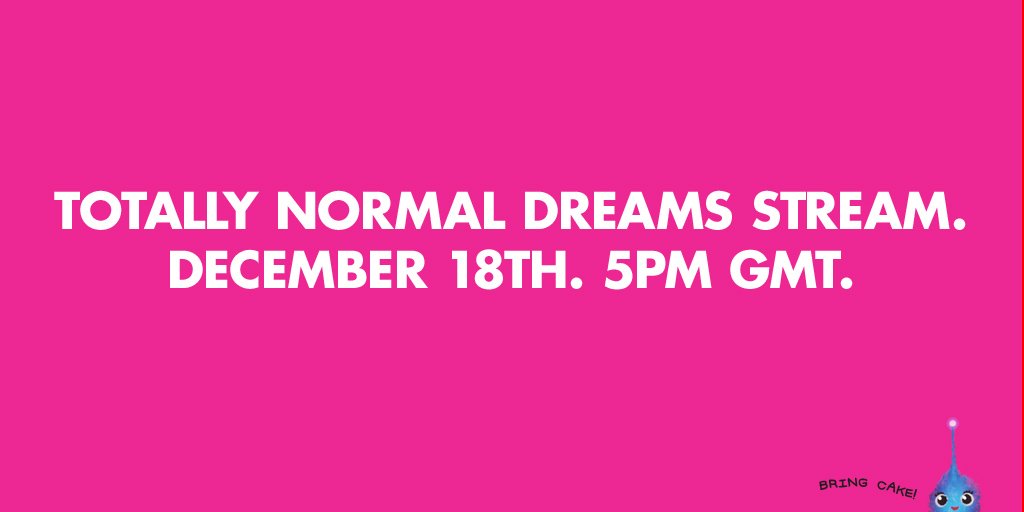 BETA?!?!? Also, I’m WAY more excited for this game now that I have PSVR.

I got through one of the tutorials. I mean… what beta? Stupid NDAs.

They lifted the NDA yesterday, so look what I created:

Now I just need to figure out how to affix it to the character model and animate it.

Also, I can see myself wasting spending a ton of time in this game when it finally releases. I just need to master the controls.