Every year we have tons of new shows debut. Some are awesome and some are gutter trash. I can’t record or watch them all, so I’m hoping to get some input on the ones I am missing out on. I’ll try to offer up some critiques as well.

I was able to watch 4 new shows this past weekend/last night. Here are my initial, gut reactions:

Life in Pieces
Funny. Actually, the scenes with Colin Hanks being a new father were hysterical. Some of the best written comedy I’ve seen in a long time. Season Pass Ordered!

Minority Report
The acting was horrible. Half of the CGI was well done; the other half was laughable. The plot was thin… and I’m not looking forward to episode 2. I’m not sure I can even bring myself to continue on after that. Season Pass Canceled.

Blindspot
The complete opposite of Minority Report. Good acting, compelling story, secrets that make me want to tune in next week. It had a very Blacklist feel to it, so if you like that… this is also up your alley. Season Pass Ordered!

The Mindy Project
While not a new show, it is new to Hulu. And sometimes with a channel change comes other changes. Community seemed to suffer when it went to Yahoo. The first half of the season seemed very low budget, but it picked up in the latter half. I thought we’d see that with the Mindy Project as well, but no. In fact, I think it was actually funnier on Hulu. Season Pass Ordered!

The only one I can speak to is The Mindy Project (since that is the only one my wife will watch). That show is so hit and miss with me. Some days I think it’s great, others I can’t even force myself to laugh. For some reason when I watched the premier on Hulu it was much more of the latter than the former, I can’t explain why. Maybe I was just in a bad mood.

Limitless
Having been utterly disappointed with the ‘other’ TV show continuation of a movie, I was going into this one with zero expectations. But this episode was top-notch. I liked pretty much everything about it. The female cop’s acting was a bit dull, but the main character was really good. But, by the end of the episode I realized what this show was going to turn into… Super Sherlock. We already have Sherlock on PBS/BBC, Elementary on CBS and a dozen other cop shows with a super intelligent investigator aiding the police. But I will give this a chance, because the pilot was so strong. Cautiously Optimistic.

The female cop’s acting was a bit dull

She always annoyed me in Dexter, so I don’t think I would be a huge fan of the show. Outside of even the Sherlock reference, aren’t there a lot of “geniuses solve crimes” shows now? I don’t really watch any of them, but isn’t The Mentalist, Numbers and Scorpion kind of in that ballpark too?

EDIT: Ha, I just looked up Numbers to find out it’s last episode aired in 2010, holy crap, I am out of touch with recent TV

Breakout Kngs, now there is a show about solving crimes. Who better to do it than criminals, amirite?

I guess they didn’t really solve crimes though, just chased other criminals. OK, I give up, I know nothing.

Grandfathered
Funny. Not sure what else to say about it. The ex-girlfriend/mother was the funniest part of the episode. I’ll keep watching… for now. Season Pass Ordered.

The Grinder
Hilarious. Rob Lowe + Fred Savage was excellent. This sitcom outshined Grandfathered in pretty much every way. Lowe even got in a “literally” near the end. It was fantastic. I’d highly recommend this one. Season Pass Ordered.

On a side note… how the heck is Scream Queens on network TV? We had just finished up one show, and I was moving onto the next on my TiVo and SQ happened to be on in the background. And all I saw was a red devil dude chainsawing a guy in a ice cream costume with blood flying everywhere. It was disturbing and disgusting. How? Why? I can’t even…

Speaking of TiVo, you gonna be getting this, Smurf? 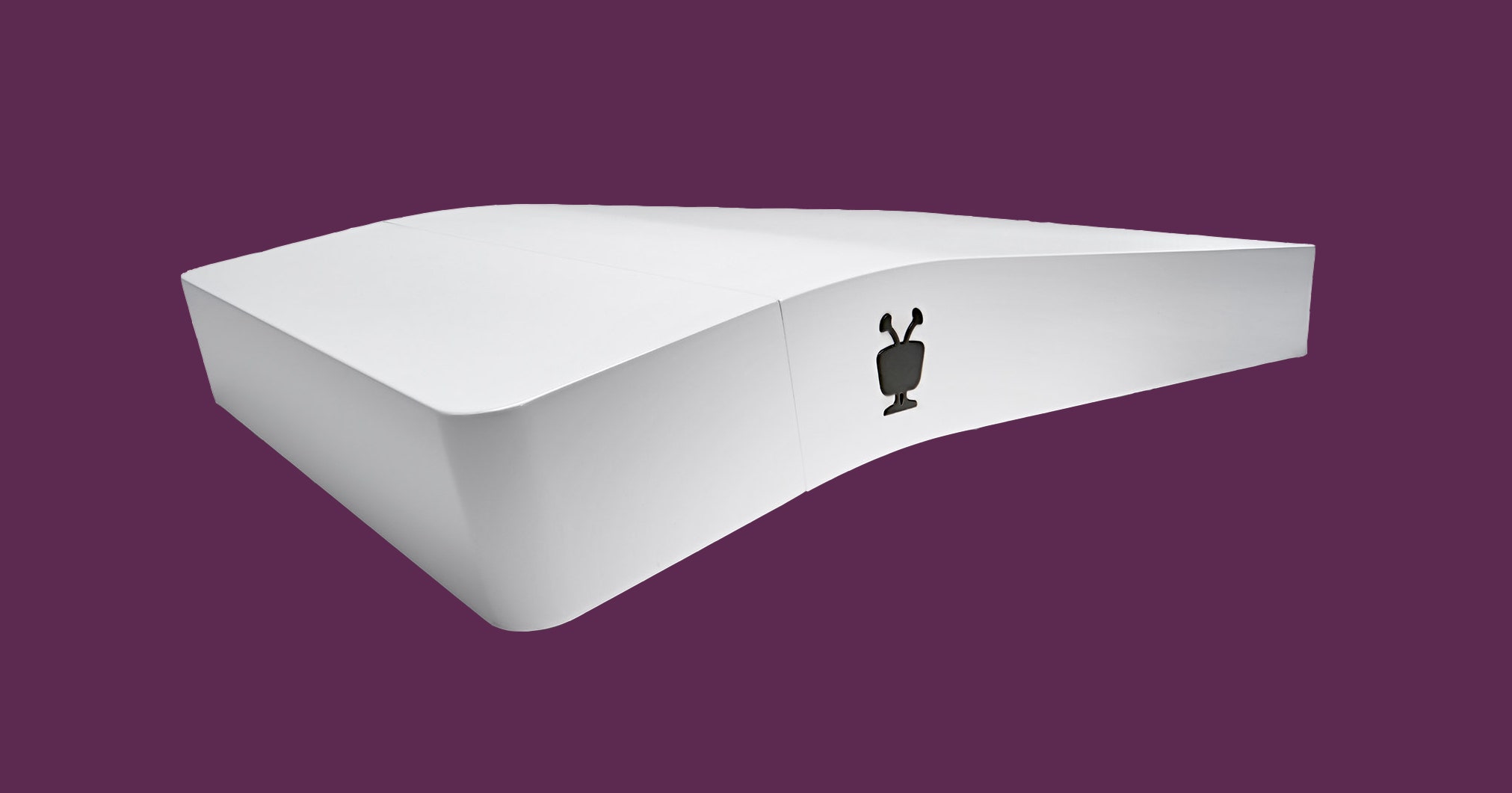 TiVo Enters the 4K-Streaming Arena With Its New Bolt Box

The TiVo Bolt is still a TiVo at heart, but it also supports 4K streaming from Netflix and YouTube.

Sounds like the perfect excuse to get one to me.

Some of the box’s new features are built to save you time while binge-watching a stash of programs. There’s a new Quick Mode, which speeds up playback of your recorded shows by 1.3x. That makes it possible to watch a 30-minute program in 20 minutes, and TiVo says the sped-up video was engineered to be just on the brink of watchable without everybody sounding like the Chipmunks.

Isn’t there already a delete button, though?

Isn’t there already a delete button, though?

Soooo… networks are releasing previews for their fall line-ups. Here are the first two I’ve watched.


Time travel is almost always done poorly with the exception of Continuum, so I’ve very skeptical about this.
Geez… I’m going to watch this, aren’t I?

And on the opposite end of the spectrum of time travel…

I just came back from the year 2017 and this show was canceled after 4 episodes.

I just came back from the year 2017 and this show was canceled after 4 episodes.

Why are all the good quotes about TV shows? We really need to step up our game quote…game, or else I may have to restructure this site.

We did a Hulu binge this weekend on a bunch of new shows. Most were surprisingly good. The only “UGH” of the bunch, for me at least, was Notorious. I’ll give it another episode, but it did not hook me like the rest. I think I told me wife after the first 10 minutes that I was “tuned out” already.

This is Us had a tremendous first episode. I’m actually curious as to how this show will continue.

The biggest surprise of the night was that Lethal Weapon was not terrible.

And finally, Designated Survivor has a very cool concept, but we’ll see where the story goes after episode one.

This is Us had a tremendous first episode. I’m actually curious as to how this show will continue.

My wife was excited for this one, mostly because of Mandy Moore and Jess, so I watched the first episode with her. I wasn’t crazy about it, but I do have to admit, the ending of that first episode had a nice twist that was intriguing. I’m sure I’ll watch some more shows with the wifey.

Here’s the Fall Shows we’ve watched and a brief review:

Manifest:
It’s like Lost meets Flight of the Navigator and is so far really interesting. We know they are NOT dead, so it’s already better than Lost. I’m interested in seeing if they’ll reveal any secrets during the first season or if this will drag out over a long period of time. Either way, we’ll be watching until it’s canceled.

Single Parents:
By the creators of New Girl, this show is funny. We hate children and even we find this show enjoyable.

Forever (Amazon Prime):
It was NOT what we were expecting at all. If you go into this wanting Portlandia… it’s not that. It’s odd—really odd—but good. I’d recommend giving at least the first 2 episodes a shot.

REL:
We didn’t make it through the first episode.

The Good Cop (Netflix):
We didn’t make it through the first episode.

Murphy Brown:
We watched episode 1, but because it was all about current politics and that’s depressing lately, we opted to not watch any more because it’s just not enjoyable.

I Feel Bad:
Was also bad.

The Connors:
Didn’t lose a step without Roseanne. We’ll see how the second episode plays out.

The Rookie:
We really liked the first episode. Will watch more.

The Kids are Alright:
It’s like The Goldbergs meets the Wonder Years.

Didn’t lose a step without Roseanne. We’ll see how the second episode plays out.

How did they handle removing her character?